The Women’s Interagency HIV Study (WIHS, pronounced “wise”) is a collaborative, multi-center, longitudinal study designed to investigate the progression of HIV/AIDS in women. WIHS is funded primarily by the National Institute of Allergy and Infectious Diseases (NIAID), with additional co-funding from:

Targeted supplemental funding for specific projects is also provided by:

Data from each visit is managed at the WIHS Data Management and Analysis Center located at John Hopkins University Bloomberg School of Public Health.

There have been three recruitment waves and the addition of these four Southern sites marked the fourth wave. 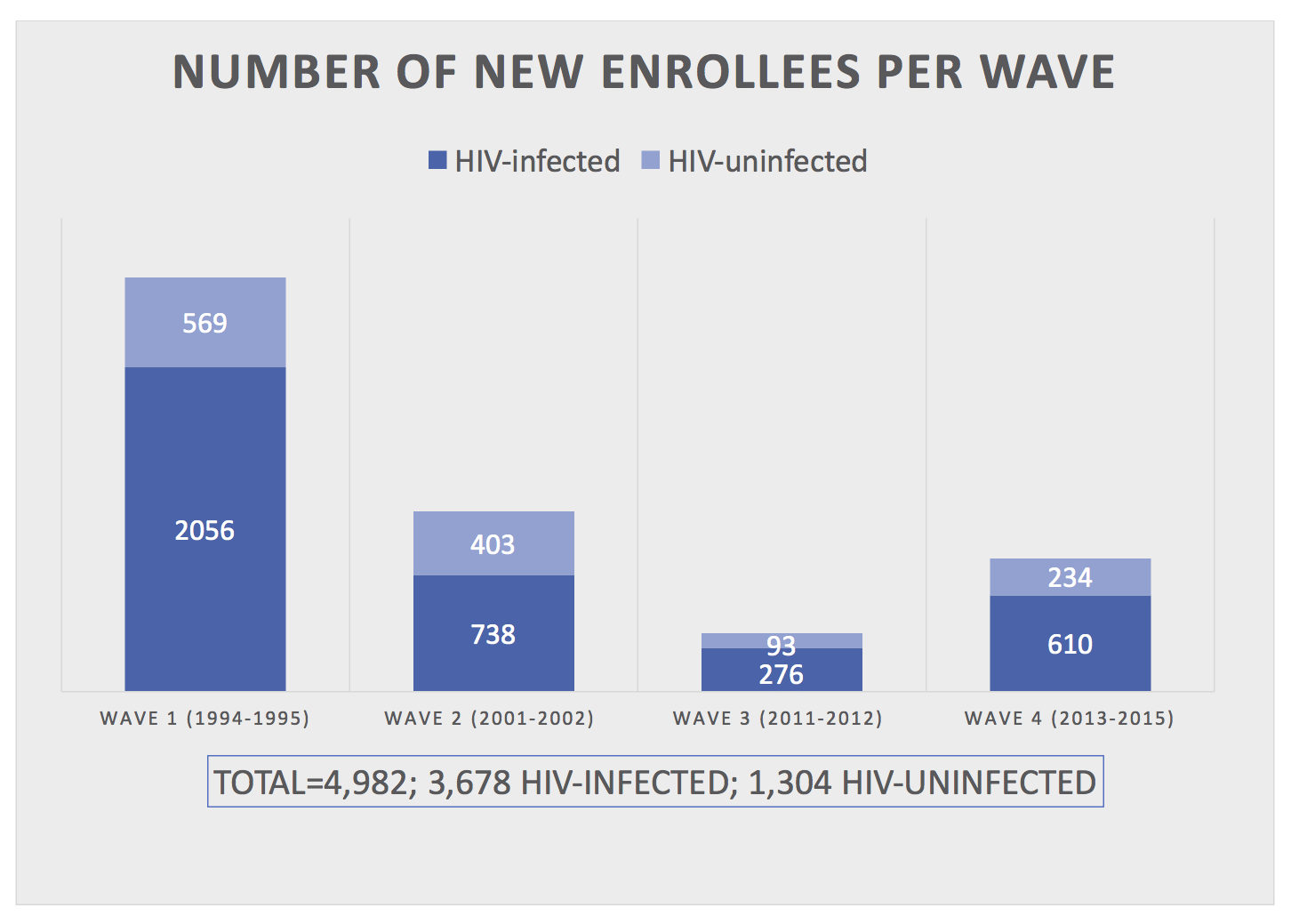 WIHS women are seen twice a year for a comprehensive visit that includes an interview, collection of specimens, and physical examination.

To read more about our Chicago WIHS site, click here.